As Congress attempts to pass a bill that would prohibit refugees from Syria from entering the US, Republican presidential candidates have been speaking out about the current controversy regarding the Syrian refugees waiting to arrive in the US.

“I think it’s a huge security risk to let those illegal immigrants into our country” stated Sen. Ted Cruz on Wednesday. He then went on to clarify that he was not speaking about Mexicans but rather Syrian refugees.

“If we are going to allow any of them to come into our home, we need to be sure it’s only Christians and not the terrorists.” Cruz’s assistant leaned in and whispered to him. “Sorry, not terrorists. I mean Muslims. I get those two confused,” he said, correcting himself immediately.  “After all, you never hear about radical Christians committing acts of violence,” Cruz said speaking outside a recently bombed Planned Parenthood clinic where three staff members were killed. 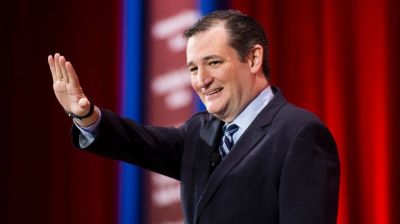 Sen. Ted Cruz throws up  a Nazi ‘Sieg Heil’ salute at a rally in New Hampshire.

END_OF_DOCUMENT_TOKEN_TO_BE_REPLACED 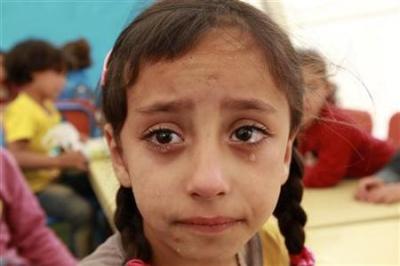 A Syrian child refugee cries during the fourth day of school at Al Zaatri refugee camp.

In the wake of recent tragedies in Paris as well as the far less reported attacks in Beirut and Kenya, I felt the need to express my thoughts on the matter. I’ve been waiting and contemplating for several days now to determine what it is exactly that I really want to say. I suppose I’m still a bit confused because of my conflicting emotions.

I’ve tried to think critically about all that has transpired and take a more reasoned approach to my analysis. In doing so, I am facing new emotions as I keep running into rampant demagoguery, xenophobia and fear mongering, mostly relating to Muslims in general and specifically towards the refugees from Syria that are waiting to come into the US.  It seems to be everywhere – comments from Presidential candidates, political leaders and social media.