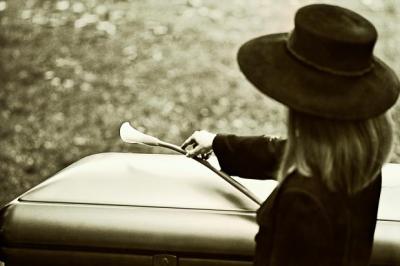 Mary wanted to cry as she listened to the pastor give his eulogy, but she couldn’t. It was not because the words did not move her, they did. He spoke eloquently of the deceased and of how all things pass unto God. His words were stirring but not a tear fell from her eye. When the father of the deceased stood up before the gathered mourners his voice broke with grief and pain and she wanted to wrap her arms around him and tell him it was ok. But she remained still and let him speak.

He talked of his love for his daughter and of fond memories. He shared the time when he took her to the zoo and she wanted to see the lions. She had pestered him relentlessly about it until he took her by the hand and led her to the lion enclosure. Once there, he told of how his daughter jumped in fright when the male lion roared with such ferocity that she must have thought he was going to pounce on her and eat her up. He spoke of how she turned to him and wrapped herself in his arms and he comforted her as only a father can do. He swore to her that nothing would ever harm her and she was safe as long as he was there to protect her. He paused for a moment then, unable to dislodge the next words from his throat. In a near whisper he said he always believed that was true and that a father should always be there to protect his daughter. Tears took him then. He could speak no more.

Mary listened as the brother of the deceased read aloud a poem he’d written for his sister. The poem was clumsy but sweet and genuine and Mary could hear the sobs of the mourners. Men, women and children alike openly poured out their emotions and wept as the poem was read. But Mary did not cry. It was not for her to do so. She had her own role to play at the funeral and weeping was not allowed. Her face remained stoic like stone. Some looked at her with pity and shook their heads.

In time, a line formed and one by one, people walked up to the casket and said their goodbyes. Some did it in words, others with a gesture and others still said nothing, for what can one say that the dead will hear? Mary waited patiently as the last mourner walked away. She knew what came next and watched as the lid of the coffin was closed over the deceased.

At the burial site, family and friends gathered one last time to say their farewells. Mary said nothing. No one offered her comfort and she gave none in return. She could not.

The coffin was lowered and settled to the bottom of the grave. The final resting place for the dead. Or was it? Mary did not know what was supposed to happen after death. She lingered as the crowd slowly dispersed like fading mist. Only the father and brother remained by the grave with her. With outstretched hand, the father whispered his final words to his daughter. Mary heard him with clarity.

“Goodbye Mary. I miss you my sweet daughter. I love you.”

The scene before Mary began to fade. Mary did not know what was supposed to happen after death. But she was about to find out.

[Author’s note: I don’t write many short stories. I’ve never been terribly good at it. If you liked this one though, please let me know and perhaps I’ll try a bit harder to write more. Thank you.] 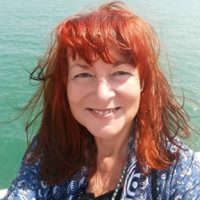 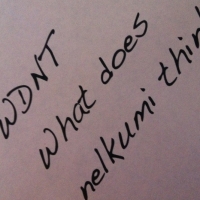